I’ve photographed a lot of races, but for me Zonhoven always gives me so much to work with that it makes me feel like a rockstar photographer. Everywhere I look and point my camera I can capture something brilliant. Golden light for for hours, the spectacular sand pit making an arena of gladiatorial proportions and there is enough Jupiler on hand to put everyone in a great mood. 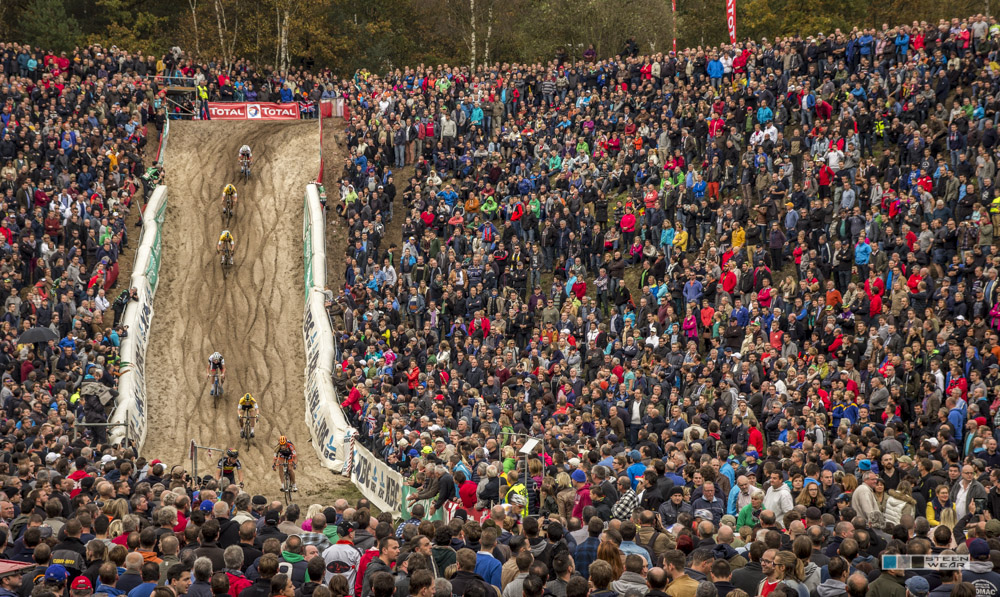 Solid packed with fans in the pit as the riders descend on the second lap.

Most of the pro’s made it though the sand without issue, but it took many of the U23 and Junior riders down. 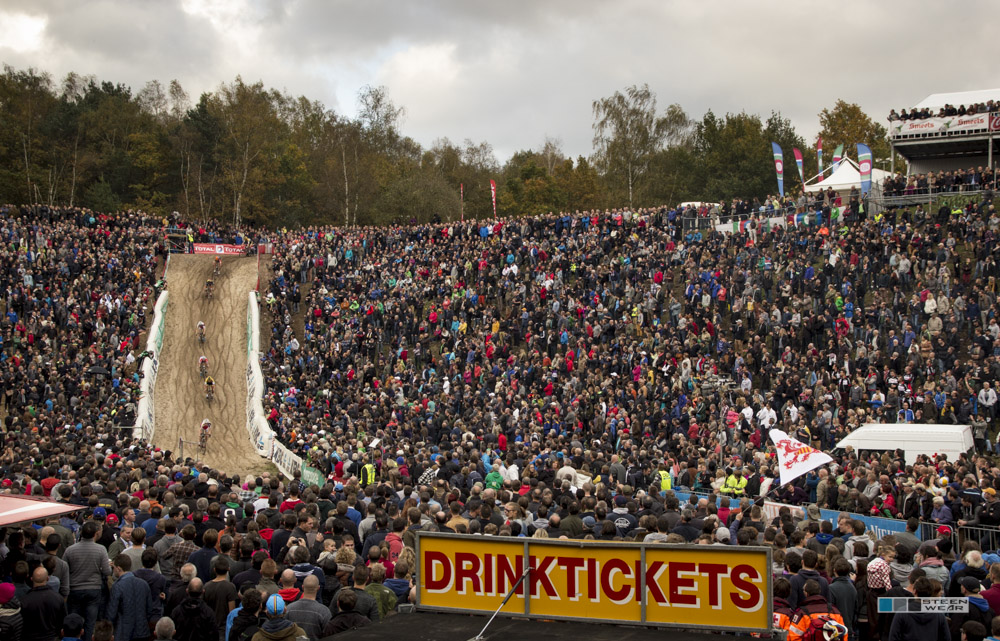 The overwhelming favorite of the day was for sure Sven Nys. His near miss of his 10th Koppenberg Cross the day before only helped built a fever

The clouds made for very flat test photos as I staked out my place on in the sand pit and waited for the men to start, but with the three minute warning of the start the clouds broke, the sun came out and cast a gorgeous hue on the descend. 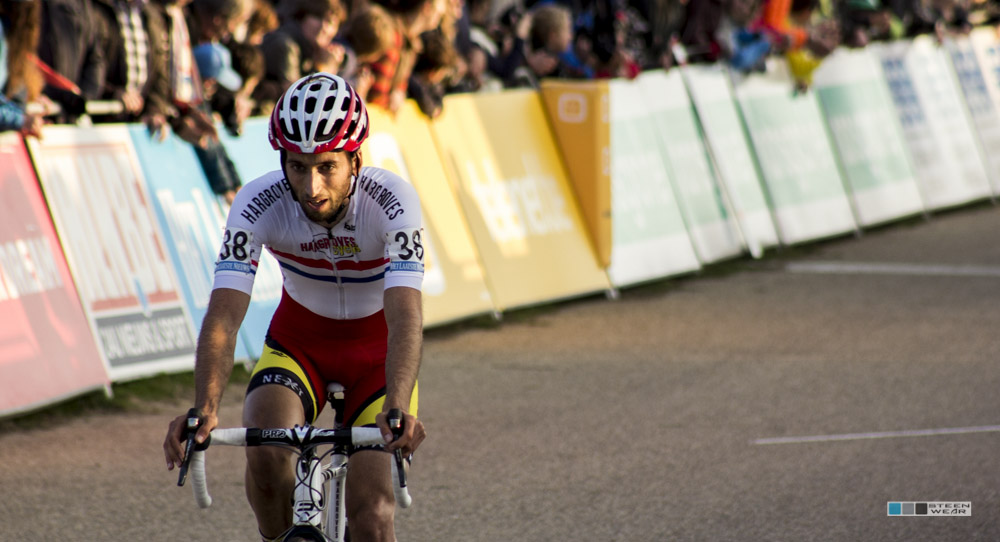 Ian Field rode well to a solid finish in 17th place. I’m still a little disappointed that he didn’t do a kamikaze style attack at Koppenberg the day before. His 2013 attack was great. 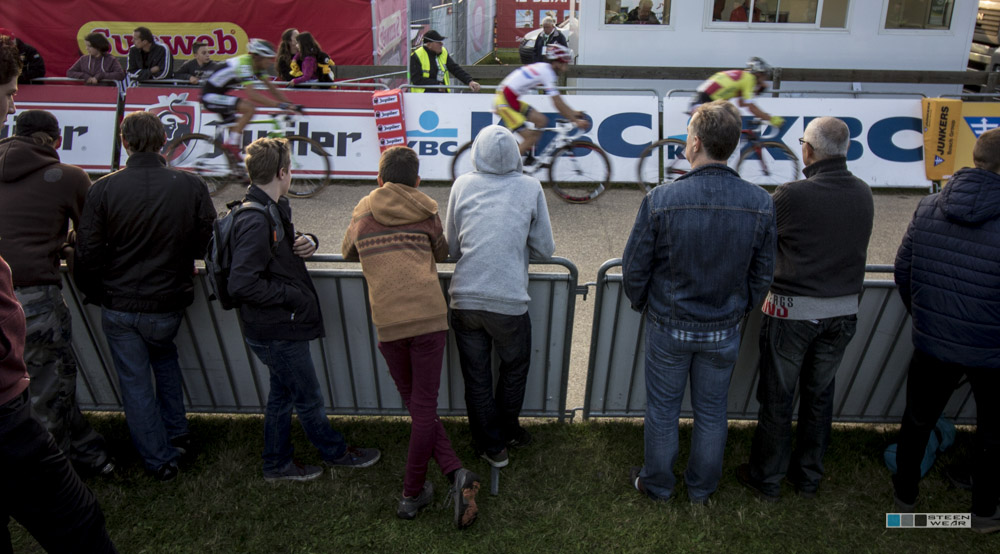 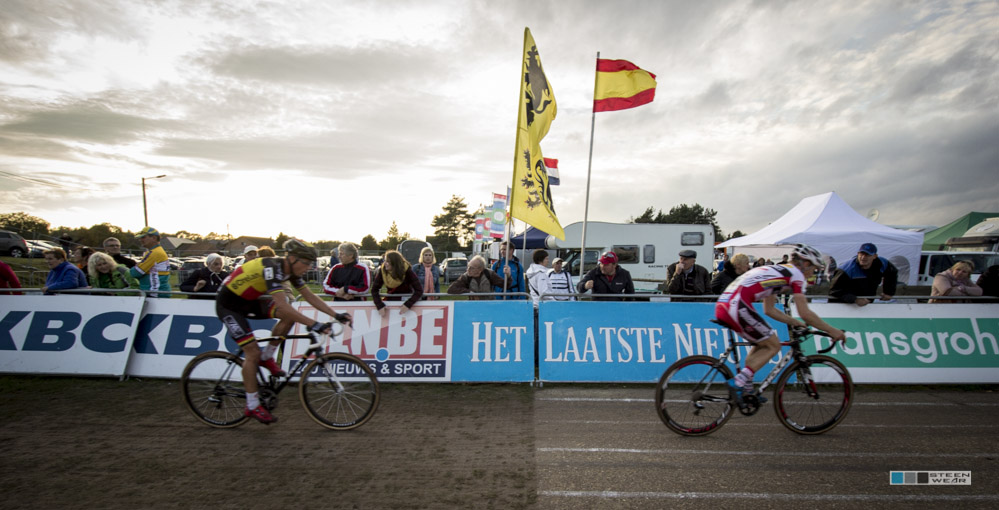 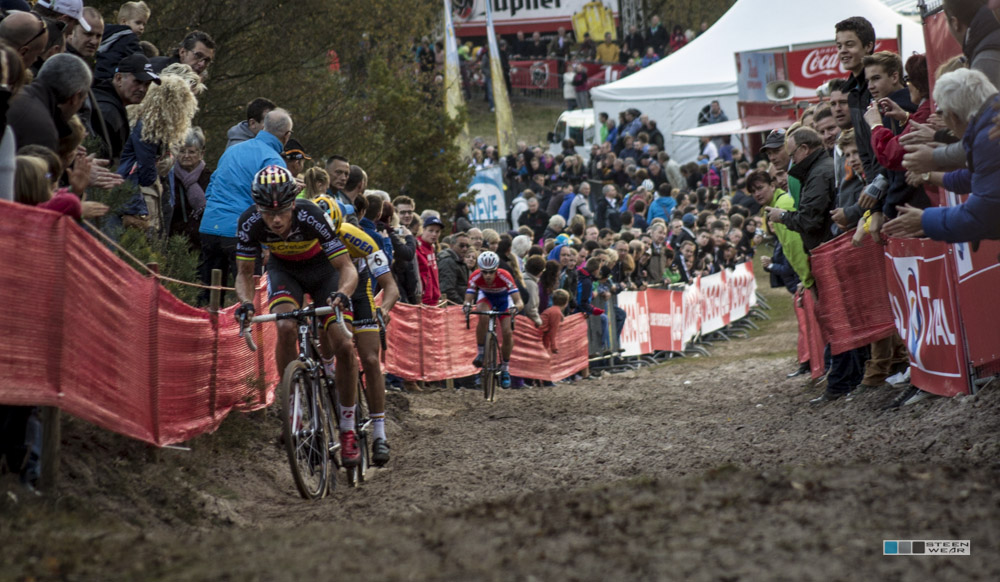 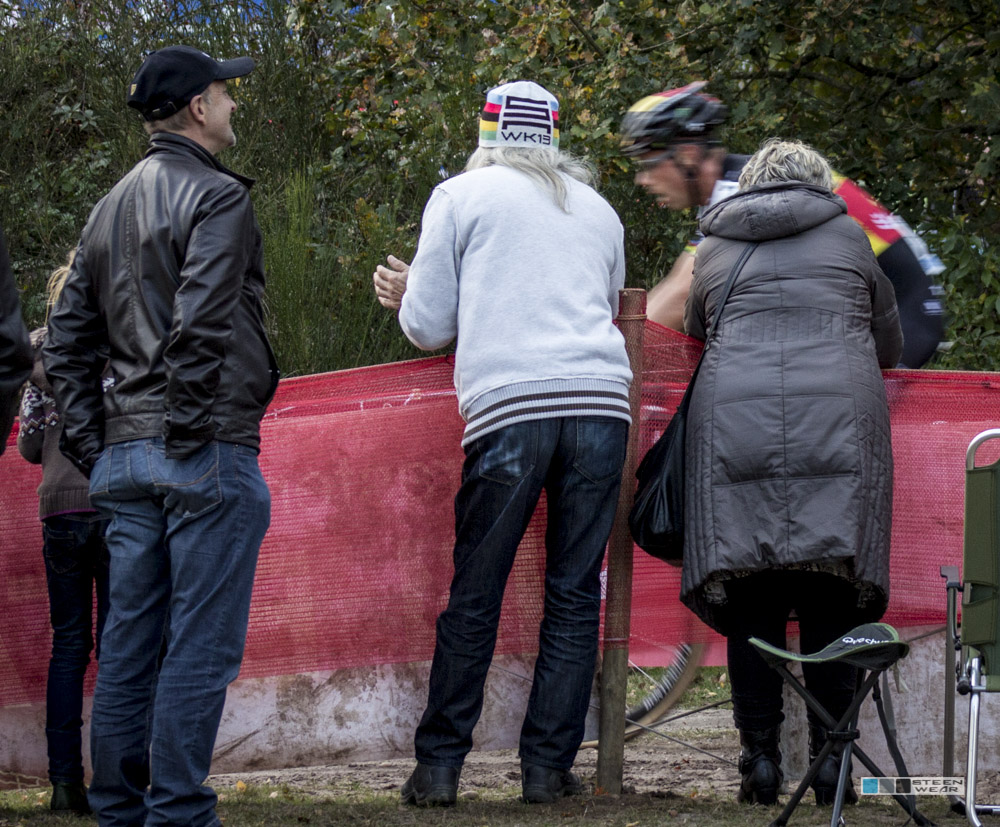 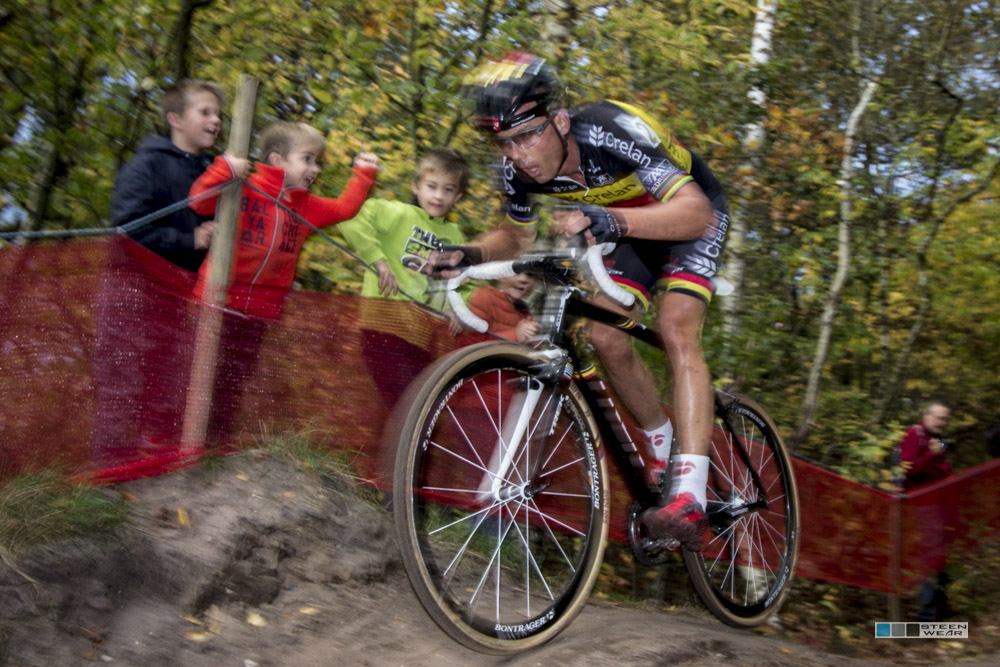 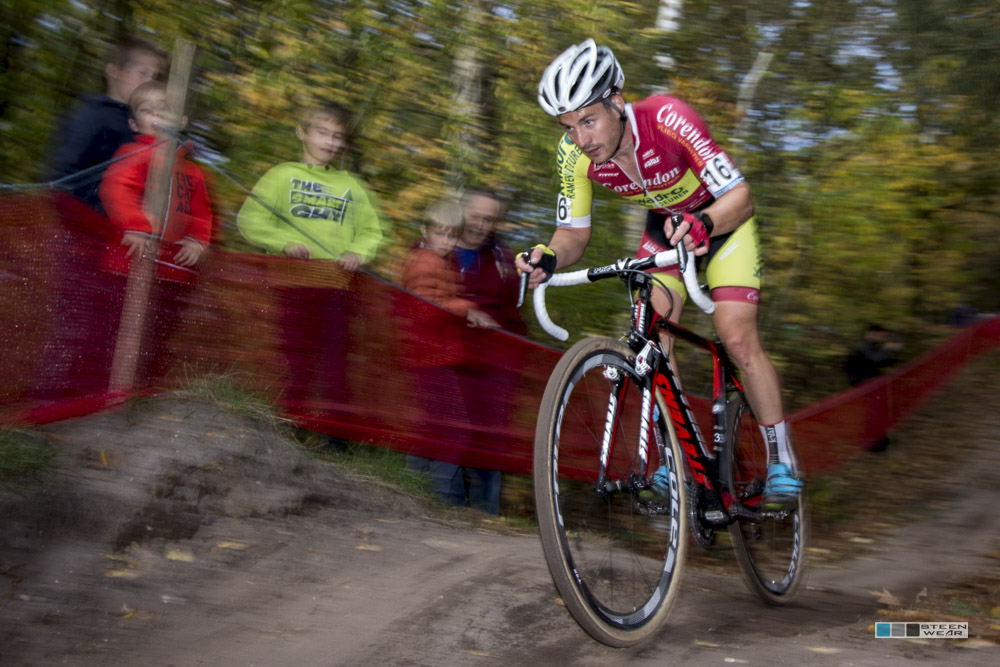 For me, what really made the race were the fans. The amazing weather of the weekend brought out some of the biggest crowds I’ve seen in Belgium. The course was littered with the empty frieten and Juplier cups of thousands of fans. 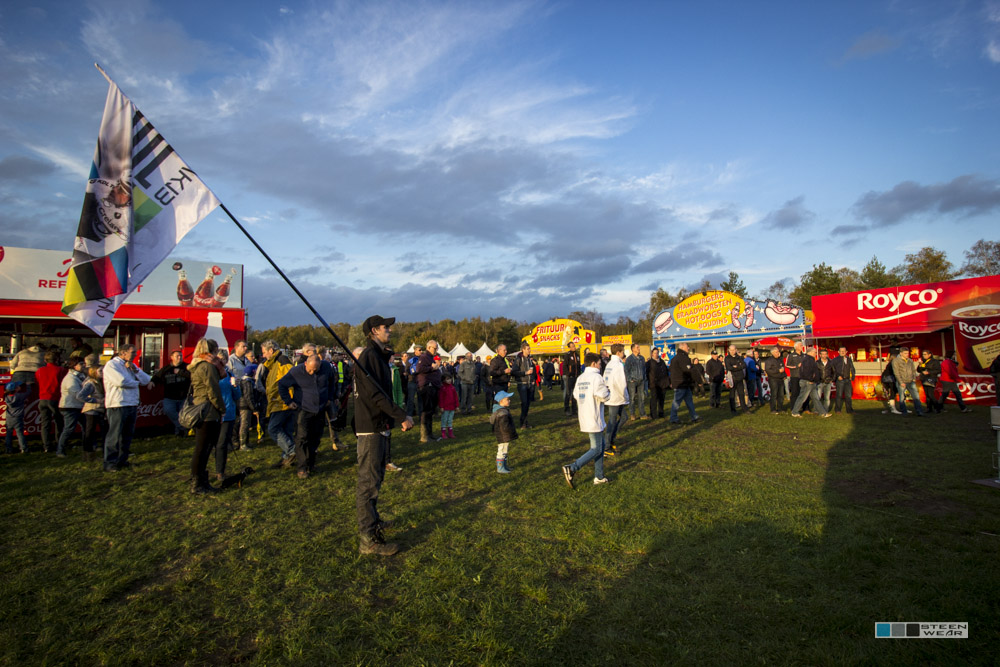 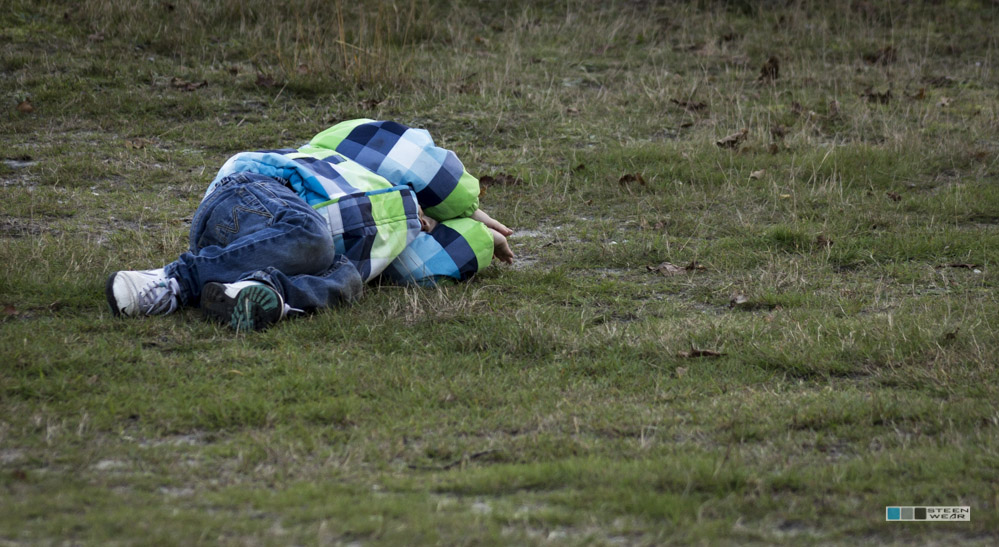 And some fans just couldn’t take all the excitement and had to take a quick nap while the parents cheered on the fans. 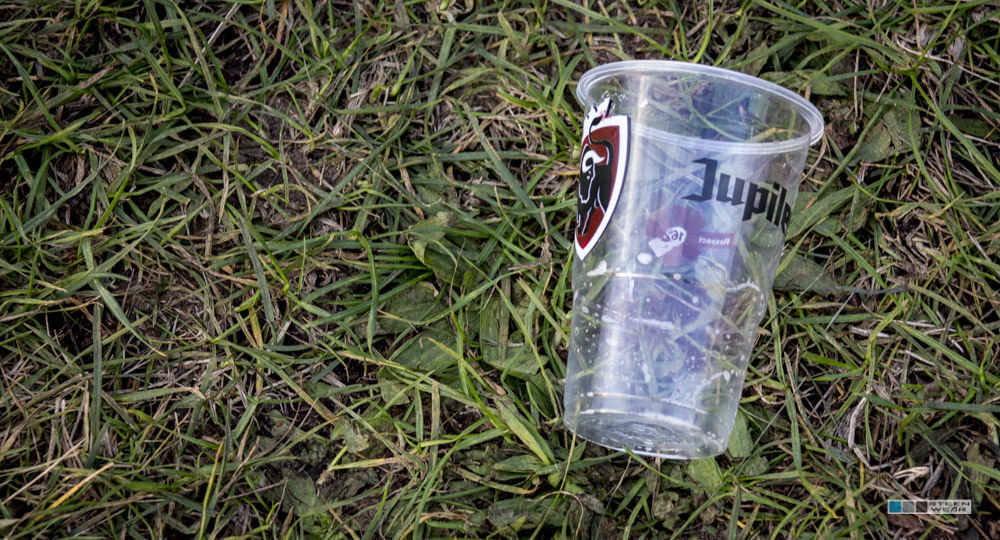 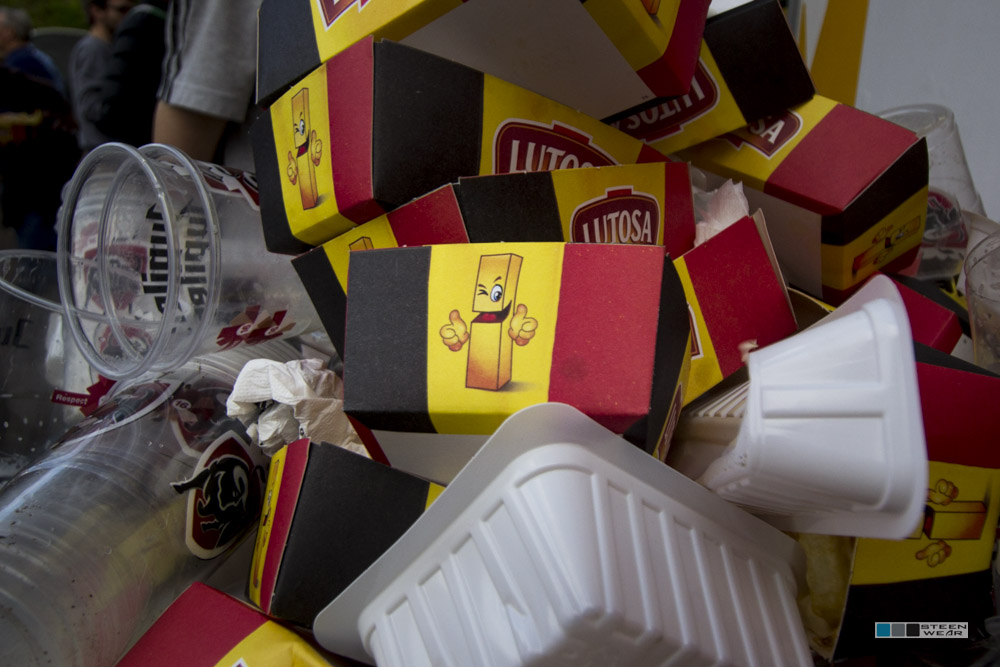 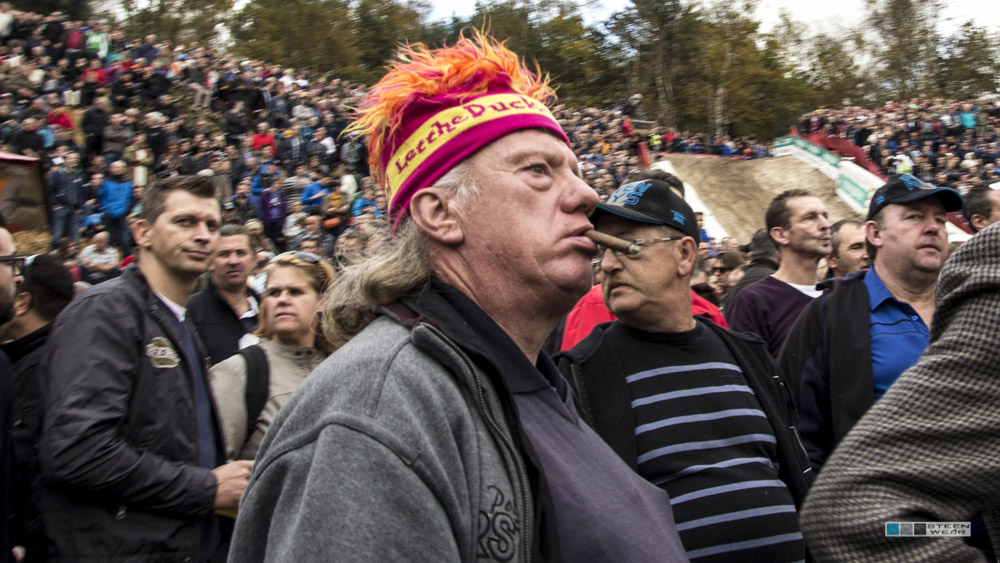 And finally, we come to this guy, which I have decided basically sums up all of Belgian cyclocross fandom in one photo. If you have never experienced Belgian Cross, put it on your bucket list, you won’t be disappointed. The racing is only one aspect of a day-long party that doesn’t begin with the starters pistol and doesn’t finish with the checkered flag.

Words and Photos by Gregg Germer